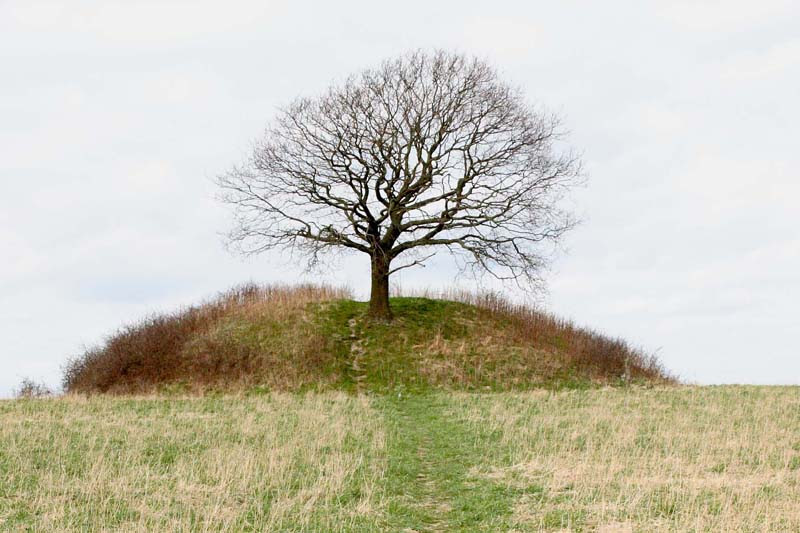 Our "Y" word, Yggdrasil Tree is rich in folklore and as I searched for some to share I kept envisioning a wonderful piece of needlework just as rich with symbolism.  This wonderful tree and the nine worlds with all of the creatures it encompasses would be such a delight to create.  I challenge someone out there to create a piece of their own just from these tales and share it with us when you have completed it! 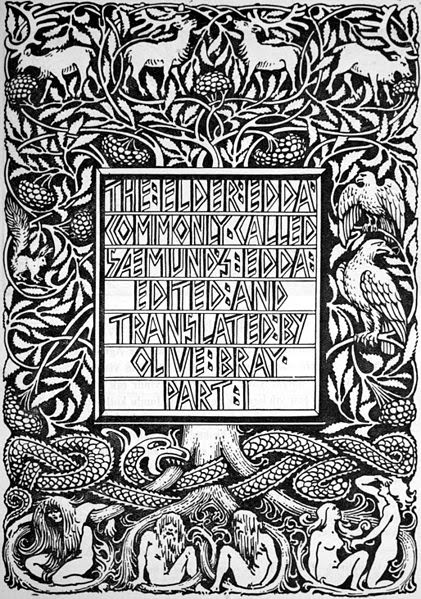 I hope more of you share the work you have been doing on this alphabet, I know some of you have been creative in your choices of colors and such and making it your own in special ways.  We have one more letter to share after this and then your Dark Alphabet will be complete.   Can you guess what "Z" will be? 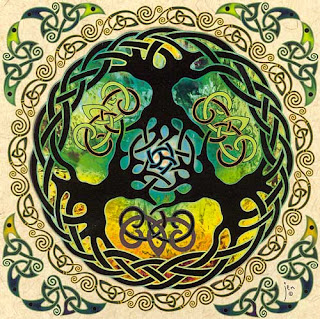 How do you say Yddgrasil?  Here is a site that will pronounce it for you, so you can learn to say this word as well.  Please don't ask me to say it for you! Even though I am of  Norwegian descent, I did not learn the language that my grandmother and her siblings used to speak whenever they were lucky enough to get together.  I just remember much laughter as they carried on.

According to Norse Mythology.com, in the midst of Asgard, where the gods dwelt, was Yggdrasil. Yggdrasil was the tree of life - an eternal green Ash tree, its branches stretched out over the worlds. It was under this tree that the gods held their meetings and held court.

The Nordics liked nines. So they have nine worlds. YGGDRASIL, the Tree of Life, has nine roots which feed or lead to different realms. Starting from the bottom up:

1 : HELHEIM, HEL's Domain of the Dead

2 : NIFLHEIM, the frosty Realm of Ice

3 : JOTUNHEIM, Land of the Giants

4 : NIDAVELLIR, the Land of Dwarfs

5 : SVARTALFHEIM, the Domain of the Dark Elves

6 : MIDGARD, Middle-earth, our bit, the Realm of Mankind

7 : ALFHEIM, the Land of the Light Elves

8 : VANAHEIM, the World of the VANIR

9 : ASGARD, the World of the AESIR

Also fitting somehow into the picture are MUSPELL, a sort of no-man's-land of Fire Giants, and GINNUNGAGAP, the ancient Void of Chaos. And don't forget YGGDRASIL itself. This is the tree you need to talk to.

A stylized image of Yggdrasil appears on the famous Överhogdal Tapestry, which dates to the year 1066 and depicts the events of Ragnarok, the apocalyptic prophecy of Pre-Christian Norse legend. Yggdrasil is one of many variations of the Cosmic Axis or Universal World Tree known to all human cultures.

Yggdrasil is home to many creatures, most notably the serpent or Dragon Nidhogg, who lurks in the base, The Rooster Gullinkambi (golden comb), who lives at the tree's peak, and the squirrel, Ratatosk, who carries messages between them. These animals can be viewed as metaphors for the human body. According to Norse legend, Yggdrasil is where the god Odin hung upside-down for nine nights in order to obtain the Rune Alphabet. Beneath the roots of the World Ash lies the spring, Mimir, to which Odin sacrificed an eye to gain wisdom.

As you can imagine like many of the characters we have portrayed in this alphabet there are games, music and more about this mythological symbol.  The sites we have shown here and brought to your attention are just a very few that are available with information for you to learn more about the Yggdrasil tree. This is a symbol very rich with tradition and the pictures of this tree are as varied as the people who created them. 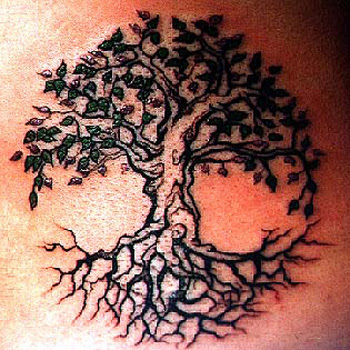 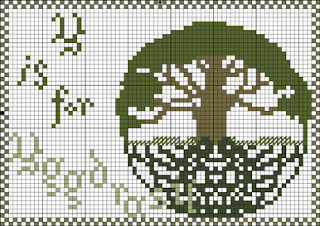 Yugoslav Border Stitch, also known as the Bosnia Stitch, Barrier Stitch, Zig Zag Holbein and Fence Stitch.  The stitch is found on the wide borders of the national costumes of South Eastern Europe.  The colors used on the costumes many times depict the colors of the owner's village. 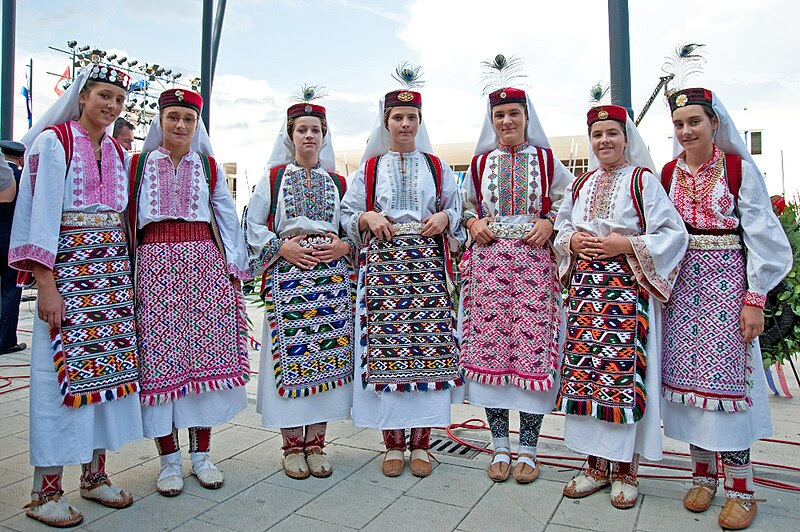 This was also a common dividing band on English-made samplers. It is a two motion stitch, worked left to right and right to left.  It can also be done in two colors to give it a totally different look.  Sometimes gold and silver threads are used giving it a rich appearance.  Julie has used it on the grass under the tree in this instance.

You can find this stitch in our go-to stitch guides: The Red Book of Sampler Stitches by Eileen Bennett and The Complete Stitch Encyclopedia by Jan Eaton

The Eastern European Art site has books on embroidery of costume and the culture for many countries besides the Eastern European we are discussing here. I think you will find some items to check into further - maybe your local libraries have some of them available as well. Here are some beautiful examples of so many traditional arts and crafts.


As ever - click on the picture of the chart above, or on the word "Freebies" in the side bar to be taken to our freebie page and download the chart.  Have fun with Y!