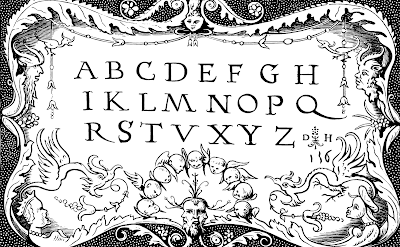 It's that time of year again, school is starting and we begin to think of our ABCs!  Reading, Writing, Arithmetic and how did it all begin?  We love the horn book once used for the early years of a child's education, teaching them not only their ABCs but their moral lessons as well. Here we will share with you some of our favorite information regarding horn books.

In our company we have had fun creating many varied kinds of horn books from art board, pressed paper, card stock and wood.

Some have held threads, others needles and pins and a some have been for the pure beauty they hold. We are sure there will be more in our creative endeavors as we continue down the road with our designs.  We hope you enjoy this taste of information on the horn-book and that it will tempt you as always to go further into research of this area. We have included several links that we have enjoyed on this subject as well. 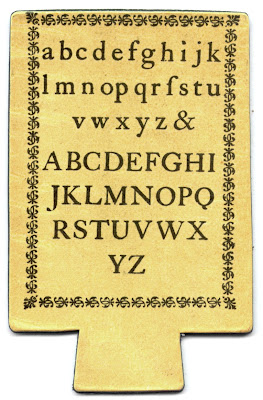 There are numerous books on the history of the alphabet and its beginnings. There are also differing dates on when the first alphabet began.

What is an alphabet? It is an ordered list of about 20 to 30 letters that are used to write words in a language. Each letter is a written symbol for one of the basic sounds of the language. The word alphabet is a combination of the words alpha and beta, the first two letters of the Greek alphabet.  People have been writing for over 5000 years, the first true alphabets weren't developed until the period between 1700 and 1500 B.C.  Today the Roman alphabet is used by half the people in the world. 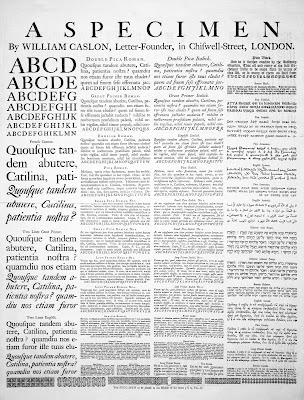 Many languages use similar alphabets but the same letter may be pronounced differently in different languages.  There is a Greek legend that says Cadmus, a great national hero, brought the Greek letters-sixteen of them, at least, from Phoenicia. The Phoenicians probably got them from the Egyptians.  The rhyme: Many thanks to old Cadmus, who made us his debtors, by inventing one day THE CAPITAL LETTERS. 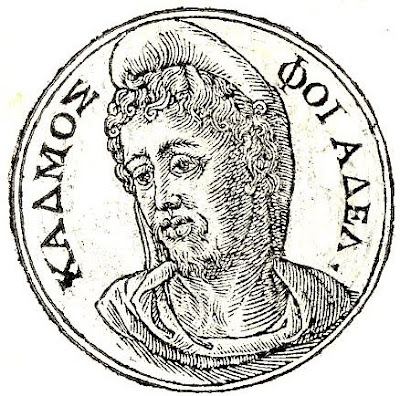 There are books that go into the development of each letter, its history and meaning and how it was formed.

How many different alphabets can you think of? With the computer we see many different fonts, but how many different alphabets are there used in our own country? What about alphabets that were created for communication for use over long distance, Morse Code, The U.S. Navy signals with the semaphore alphabet using red and yellow flags and the way a person moves their arms to form each letter? Another international alphabet is the use of flags. In this system they remain stationary, each flag a distinctive pattern for each letter. This "code of the high seas" was devised by the English Navy in the 18th century. We have sign language and Braille alphabets and of course many

Remember making your own secret code for the alphabet when you were a child to write secret letters to your best friend...a system you devised so that no one else could learn what was in your letter?

Communication through various alphabets is so very important in our lives.

Calligraphy before printing led to the use of Illumination, the elaborate initial and letters that are decorated. 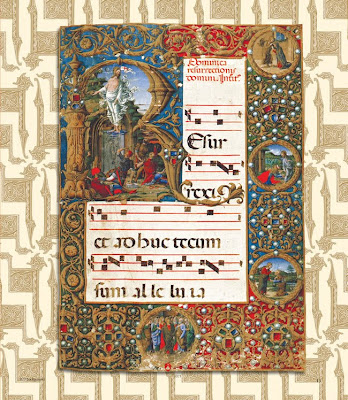 Some of this is evident in the alphabets we see stitched on the elaborate samplers as well. Think of the Friesland samplers or the Scottish samplers with their curlicue alphabets and tendrils that identify them.

With the growth in female literacy, more and more books were published with alphabets and verses thought appropriate for the moral education of young females.  These begin to appear on the samplers of the young women as well. 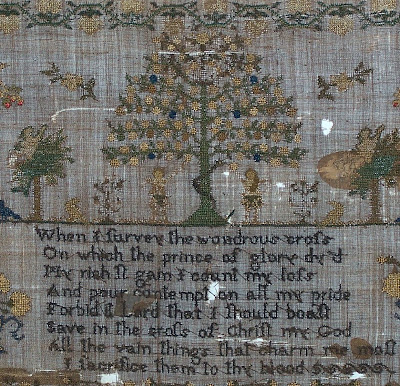 The appearance of alphabets, numerals and verse on samplers heralded the growth of "learning to write," the child probably having first learned to read from a hornbook or similar instructive tablet or sheet. Reference to the horn book appears in such novels as Nathaniel Hawthorn's the "Scarlet Letter", where Hester Prynne earned her living as an embroideress and seamstress.   Her child did not learn to read from a sampler, though we can conjecture that she may well have learned to form her letters by stitching them. 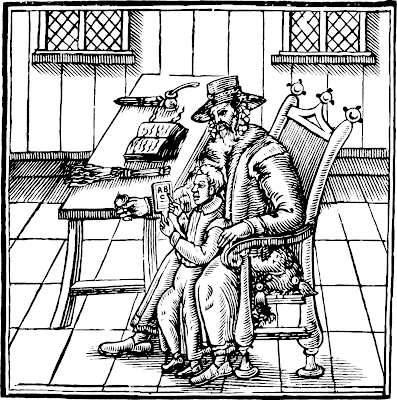 The horn book school where some younger pupils attended (less than 7 years of age) is where they started to learn to read. The horn book school evolved into the preparatory school which continued until 1947. The existence of this school for the very young is intriguing, as it seems the division between learning to read and to write remained distinct. Perhaps for the girls, an inscribed sampler was a stage in the acquisition of writing skills. 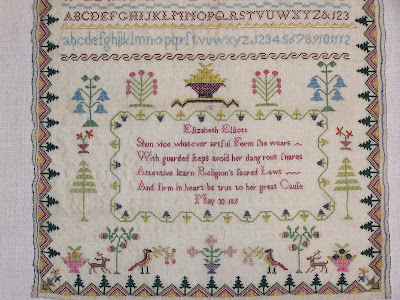 "Write the vision and make it plain upon tablets, that he may run that readeth it."  Still later, when papyrus was superseded by parchment and vellum, but in days far behind the invention of paper and printing, the horn book was the happy thought of an overtaxed scribe, who, heartily detesting the profitless labour of rewriting the ABC, fastened the skin to a slab of wood and covered it with horn.  For in those days, as in these, children were prone to destruction, and without taking into account the innocent mischief resulting from damp and grubby paws, they doubtless turned their master's careful handiwork into boats, or sent it skyward trailing behind their kites.

So thus is formed the horn book.

1450 is the earliest known horn book. It was probably in the form of Black letter first but Roman was probably almost as soon around 1467. 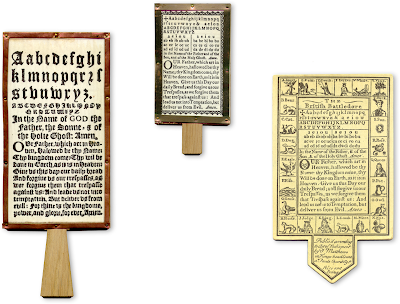 The horn book proper is peculiar to English speaking peoples. England and America predominately used the hornbook in teaching its youth. But many hornbooks were produced in Holland, as well as in France and Italy. They produced children's and other books for the English market.  One of the last orders for horn-books from a school came about 1799.

Criss Cross Row is a term for when the alphabet is preceded by an upright cross. 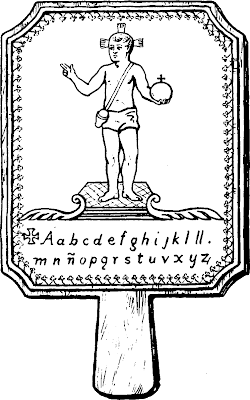 Many hornbooks also had numerals and the Lords prayer.

Some had large and small letters and vowels, ancient ones sometimes had Arabic numbers. Christ cross row - pledged the person making it by his faith as a Christian to the truth of what he signed. But its use by no means indicated illiteracy. You also see this upright cross on many samplers of this period and also have heard this term in literature referring to Christ Cross Row in regards to samplers bearing this.

Christ his cross shall be my speed,
Teach me Father John to read,
That in church on holy-day,
I may chant the psalm and pray
Teach me letters ABC......
Some of the names used to refer to horn-books: Jim crack,

Horn gig, battledore book, horn bat. The horn book was also used to hit a ball in a game at times.

Horn books have been found not only made of wood, but silver, ivory and metal. 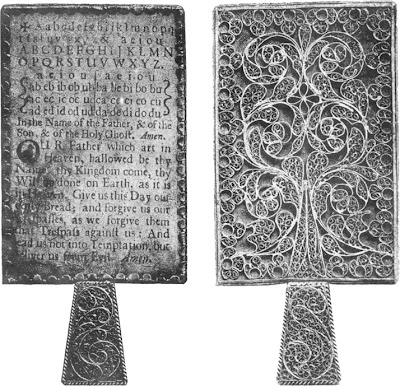 The Sampler served in fact the purpose of a horn-book to many generations of little girls.

Book gingerbread sold for halfpenny a slice. Many a children's treat was a slice of gingerbread embossed with the alphabet horn book design, sold by street vendors. You can still find molds bearing this design today, both reproductions and historical ones. It is very hard though to find actual historic horn books. It seems they were thought to be a disposable item of their time and so they were not saved for future generations, but tossed out like rubbish.

Many alphabets on samplers came from printed sources. Two particularly well-known early alphabets appeared in Germany between 1527 and 1529, published by Peter Quentel. Another popular alphabet published by Pagano in Italy in 1546. These early alphabets were often copied and adapted for horn books.  Again, this shows the connection between sampler-making and the use of hornbooks in the education of youth at the time.

Two separate alphabets, one upper and one lower case, appear as early as 1648, on samplers in the Fitzwilliam collection. If the earliest printed sheets and hornbooks provided a basis for all the lettering and numbering on samplers from the late sixteenth century onwards, by the nineteenth century the repetition of such exercises had become very much more formalized. This is best illustrated by the work from schools that developed a 'house style'.  The Quaker-style 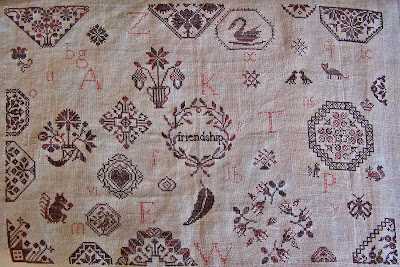 can be compared to a page from a Pagano publication of 1546.

The earliest we find an alphabet appearing on an American Sampler is in 1610 on the Anne Gower sampler. This sampler was stitched in England, but was owned by the US when it came over with Anne who became the wife of Governor Endecott. 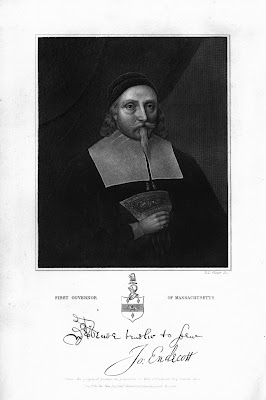 You can see that this is just a brief summary of this topic and that there is much more that can be learned in reading some of the resources listed here as well as others and hopefully more to be produced as others research various areas of sampler making and find lost threads of information.

History of the Horn Book by Andrew Tuer

Alphabetical Order How the Alphabet Began by Tiphaine Samoyault

The Alphabet Abecedarium Some Notes on Letters by Richard A Firmage

The 26 Letters by Oscar Ogg

Samplers in the European Tradition by Kathleen Staples and Margriet Hogue

The Hornbook and Its Use in America, George Plimpton www.dinsdoc.com/plimpton-1.htm


We have heard that Barbara Hutson, of Queenstown Sampler Designs is the owner of the Elizabeth J M Mears 1833 sampler we mentioned in this post, and that she is hard at work on a reproduction chart!  Soon to be available - can't wait to see it, Barbara!