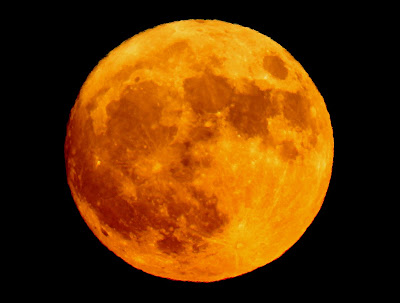 Becky mentioned to me early in the week that the moon was full and so beautiful.  When I looked, I saw a real Harvest Moon - orange, large and so full of beauty!  People have gazed at the moon and the night skies in wonder for centuries.  Modern science can analyze the phases of the moon and map the stars, but that does not diminish the beauty and mystery! 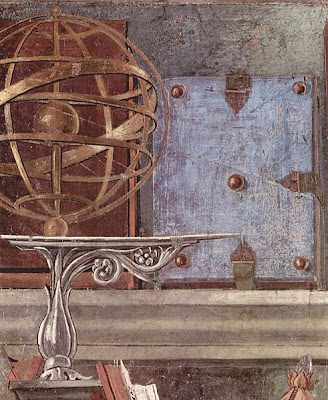 In 1799, Westtown School in Pennsylvania opened it's doors to students, just ten years after Ackworth had begun to teach Quaker students in Yorkshire, England.  Modeled after Ackworth, Westtown School was very much like her English counterpart.  But soon, differences began to be noted.  One of the most puzzling, and wondrous, is the development of the silk embroidered globes to be found only at Westtown School.  No other place or time has produced them.  While many stitched map samplers, only the girls at Wesstown School produced globe samplers.  Carefully and cleverly constructed, they are beautiful, yes, and oh so practical! 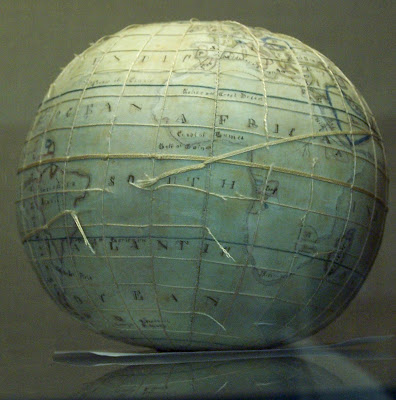 Judith A. Tyner has done a great deal of research on this subject. Her 2004 article for Piecework - Magazine - Stitching the World: Westtown School's Embroidered Globes - is considered the seminal work on the subject.  The first was probably produced around 1804 and the last in 1843 when embroidery was dropped from the school curriculum at Westtown.  They were used as a teaching tool, not only in needlework, but also geography.

An article in Sampler and Antique Needlework Quarterly quotes a letter home from a young Westtown student who was asking for the money to purchase supplies for her globe.  She explains how useful it will be for teaching geography to her younger siblings.


Nancy Nehring has developed a method for constructing these globes, and Piecework has made those instructions available online. 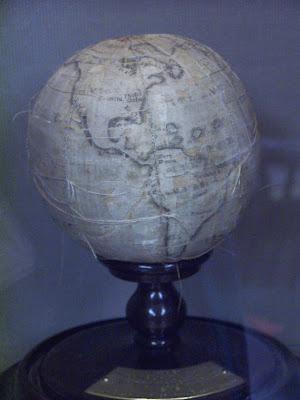 There are just a handful of these beauties left in the world (at least, that we know about) and Westtown owns nine of them.  The pictures here were taken during a trip to Westtown some years ago. 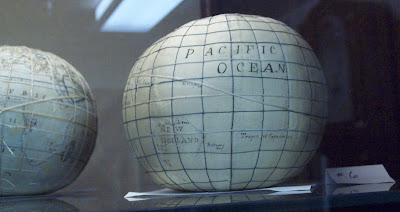 A few are in private hands.  An even smaller number of Celestial Globes was made (you were WONDERING how I was tying in the full moon, weren't you?)  These were a true wonder, and I think there are only three or four known of!  Westtown does not own any.
Here is a celestial globe used in the 18th century by British sailors for navigation.  The intricacy of tracing the path of the stars is amazing!  Imagine embroidering those details... 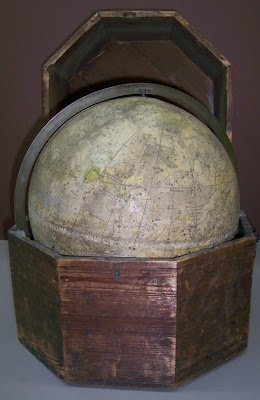 Look at the sky tonight and see what you think you would stitch...
Julie
Posted by Julie at 5:36 PM