Skeletons, Spanish Stitch and a Giveaway!

Ah, yes, at this joyous time of year, of course, our thoughts turn to... skeletons!?!   Our Dark Alphabet is coming along and we couldn't resist sending one more letter before the end of the year!

Calavera means skull in Spanish and by extension, skeleton.  The Day of the Dead is celebrated in Mexico, Spain, Brazil and several other countries.  The holiday focuses on gatherings of family and friends to pray for and remember friends and family members who have died.  Altars are built to honor those who have passed. Many go to the cemeteries and take special food and gifts to show respect and honor to those relatives who have passed away.  The traditions of the celebrations vary by town and country and many include festivities such as parties and dancing. 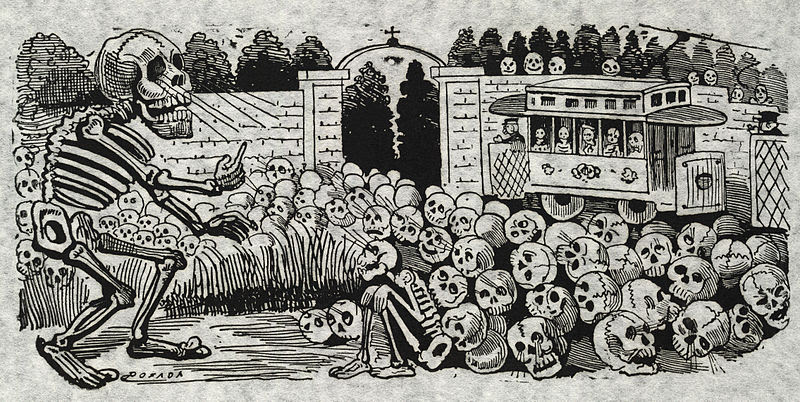 The Grim Reaper is one of the most well known skeletons in stories passed down through the ages.  In English, Death is often given the name Grim Reaper and, from the 15th century onward, came to be shown as a skeletal figure carrying a large scythe and clothed in a black cloak with a hood. 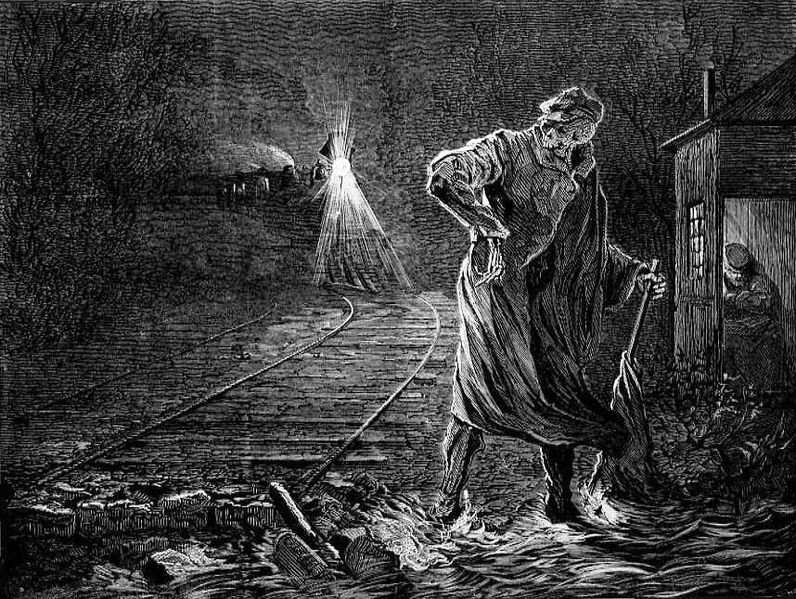 Of course we have movies to scare us that star the Grim Reaper and songs sung about the Grim Reaper. All of this plays into the fright we have come Halloween and skeletons ruling the night.

Even though many medical practitioners did not puzzle over the skeleton to the same degree that they did with other parts of the body, they all recognized their cultural as well as scientific importance.  By the end of the sixteenth century, skeletons had become the quintessential image of anatomy.  But they also continued to be an image of death, in the form of a grim reaper brought to life by the skill of the anatomist.

It was thought that if buried with a stone in the mouth of the person who was feared, it would keep them from coming back as a zombie.  A skeleton disturbing the peace of the current world. 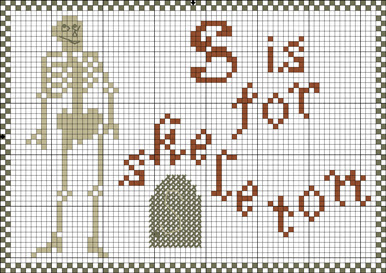 For our example today and in this chart we are using the Spanish Stitch that can be called Plait stitch as well.  This densely formed stitch has a braided raised appearance. It was a common stitch found on many early American samplers.

This stitch is popular in canvas work and there it is used with a thicker thread to create a dense filled and raised stitch. It can be used for outlines or for filling in large areas and backgrounds.  The horizontal rows are worked from left to right over two horizontal threads.

You can see examples of this stitch in Eileen Bennett's book, the Red Book of Sampler Stitches and in Jan Eaton's, The Complete Stitch Encyclopedia as well as here. (scroll down to Plait Stitch).

Julie used the Spanish Stitch on the tombstone in her design.  As always, click on the picture of the chart to go to our Freebie page on our website, or click on Freebies on the side panel.  Enjoy your stitching!

We are coming quickly to the end of the year. How does the time fly by so quickly? I hope you have all finished putting the last stitches in your new holiday ornaments and gifts that you have been stitching for friends and family. Some of mine didn't quite make it but will hopefully be ready for next year. I have a head start now. 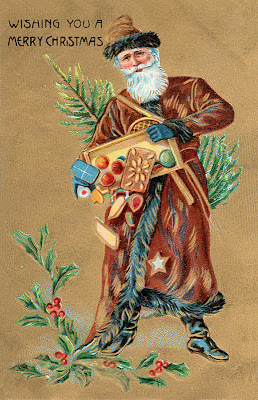 We thank you all for coming along with us on our journey here on the blog and supporting us in the fun we have creating our unique gifts for all of you.  We hope you all have a wonderful holiday season with hopefully some time to start that new project on New Years day! I know many like to begin a special project on the first of January. 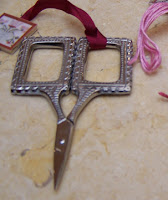 Scissors have many superstitions surrounding them. Don't use your scissors on New Years Day or you will cut your good fortune in half!  So when you start that new project on New Years Day, don't cut your threads!!!! We want to help to make the New Year start a bit brighter by offering a drawing for a set of our new Mademoiselles Peacock Accoutrements.  Just make a comment on this post by the 31st of  December and on January 1st we will draw the lucky winner. 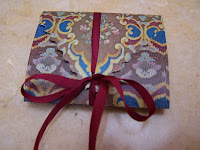 Remember it's not too late to sign up for "Tokens Of Friendship", you have until January 15th to get your subscription in to become one of the lucky ones to have a unique surprise only available to members, sent to them four times a year.  See the web site for details on how to join in the fun.