N is for Necromancy and Norwich Stitch, J is for Jo's Alphabet and W is for Winner!


What a busy week!  Jo sent us this picture - can you believe how great her alphabet is looking?  Don't forget to let us know if you'd like to be entered in the Diabolical Plot! 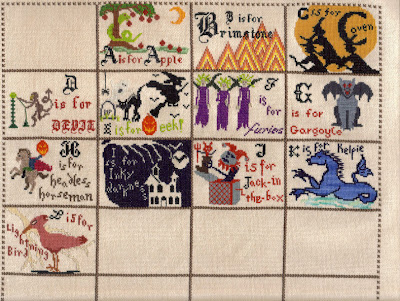 Thank you to so many of you who entered our giveaway celebrating 200 members!  We thank each and every one of you who stopped by to make a kind comment.  Unfortunately, we can only have one winner.  And she is.........  Linda from Minnesota!  Linda, please send us a note to us with  your mailing address and your prize will be on its way. 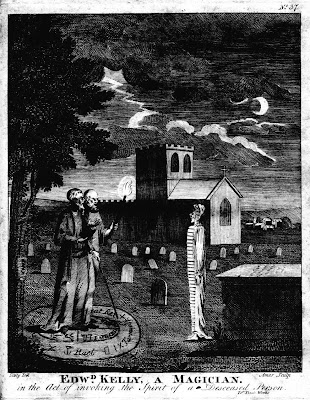 Necromancy is a special mode of divination by the evocation of the dead. Understood as nigromancy (niger, black), which is the Italian, Spanish and old French form, the term suggests "black" magic or "black" art, in which marvelous results are due to the agency of evil spirits, while in "white" magic they are due to human dexterity and trickery. The practice of necromancy supposes belief in the survival of the soul after death, the possession of a superior knowledge by the disembodied spirit, and the possibility of communication between the living and the dead. The circumstances and conditions of this communication - such as time, place, and rites to be followed - depend on the various conceptions which were entertained concerning the nature of the departed soul, its abode, its relations with the earth and with the body in which it previously resided. As divinities frequently were but human heroes raised to the rank of gods, necromancy, mythology, and demonology are in close relation, and the oracles of the dead are not always easily distinguished from the oracles of the gods. 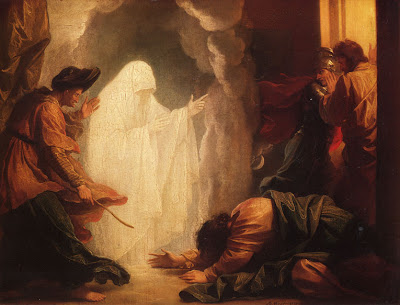 Necromancy is found in every nation of antiquity, and is a practice common to paganism at all times and in all countries.  There are mentions of Necromancy in the bible and throughout Christian practice. The Witch of Endor, described in the bible (1 Samuel, 28), summoned the spirit of Samuel in the presence of Saul. 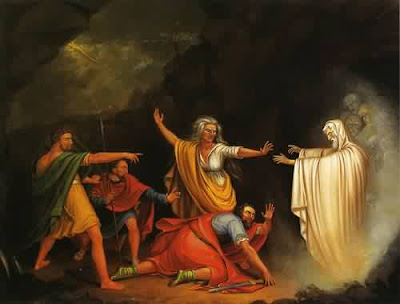 There are also many references in Deuteronomy.
Necromancy continues to be a popular topic today as I read the local paper and found a local author has been chosen for an award for her book "Hold Me Closer, Necromancer" by Lish McBride of Seattle, a book that has been written for middle graders about Sam a skateboarder/vegetarian/fry cook who can summon the dead and gets kidnapped by a more powerful necromancer.

Again, we just give you a taste of this dark art! But believe me there are many places to seek more information for those wishing to indulge and possibly try their hand at raising the dead.

The Norwich Stitch is also known as the Waffle Stitch. Predominantly done on canvas, you can also use this in your counted linen work.  It makes a pattern of square blocks with raised diamonds, good for filling in large spaces. The block can be worked in various sizes, but must contain an odd number of threads. The diagonal straight stitches are worked across the square following the sequence shown in several of the examples below. The second stitch is worked over each preceding stitch until seventeen have been completed. The eighteenth stitch is taken under the last stitch that it crosses, rather than over it. Various weights of thread can add to the dimension of this stitch. My favorite book for this stitch is, The Complete Stitch Encyclopedia by Jan Eaton.  You will see Julie has used this stitch to suggest a raised design on the tombstone in her chart. 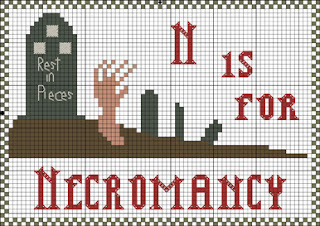 As usual, click on the picture of the chart to go to our Freebie page and download the chart. Or, you can click on "Freebies" on the sidebar.

We hope you enjoy this raising of the dead!